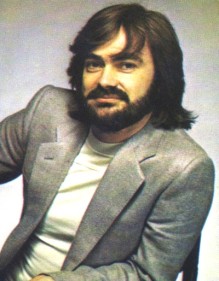 In the music industry it is rare for a songwriter and/or a producer to work exclusively for one client. Although he has worked a few other artists such as Irene Cara and Cher, John Farrar is one of the few who’s success has been with singer Olivia Newton-John. He was written and/or produced almost every Top 40 record that Olivia charted with in the U.S. from 1971’s If Not For You to 1985’s Soul Kiss. That’s an astonishing 23 hits, including 5 #1s over a two decade period. But that few people know about the hidden West Coast gem that this former member of the Strangers and the Shadows released in 1980.

John had married singer Pat Carroll in 1970 who was Liv’s singing partner In Australia and the threesome decided to move to the US to make it big.  Within a few years he produced a few top 10 hits with his partner Bruce Walsh and by 1974 John had written the #1 smash, I Honestly Love You, which would win a Grammy for Record of the Year. He & Olivia would have continued success throughout the decade, but they both really hit their stride with two big hits from Grease (the #1, You’re the One That I Want and Hopelessly Devoted to You), the Totally Hot LP, the Xanadu soundtrack (which included the big #1 hit, Magic) and the zenith of Physical. (Juliana Hatfield has just released an album’s worth of Olivia covers, which I hope brings new attention to her and John’s work.) 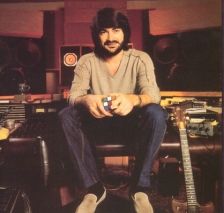 Within that busy schedule, John was given a deal to release his own album of songs, and released his self-titled debut LP on Columbia Records. John performs all of the vocals, guitars and synths with drumming support from either Michael Botts or Ed Green, bass from Mike Porcaro and David McDaniels and keyboards by Tom Snow on the two of three songs he co-wrote with John.

I’ve often wondered if he wrote these songs with any specific singers in mind, because to me, Can’t Hold Back sounds like a lost Cliff Richard track from the We Don’t Talk Anymore-era and Reckless sounds like something ONJ would’ve easily melted hearts with. (Olivia would eventually record this as a duet with John in 2009.) Gettin’ Loose & Tell Who Someone Cares are aerobic workouts and most likely blueprints for Michael Sembello’s Maniac. But my favorite track is the first one on Side 2 – Recovery. Even though Olivia would record it for the Physical LP, I prefer John’s version. It’s got a smooth subtle island vibe with just enough rough edges to go along with the I’m-fine-all-by-myself energy of the lyrics. I dig the feel of the Caribbean-style guitar solo and I love the way it builds up to the hook of the chorus. As far a I know it was never released as a single but to me, this is the hidden West Coast gem.

This is a hard record to find on LP or CD, but do yourself a favor and seek it out. Here’s John’s version of Recovery: